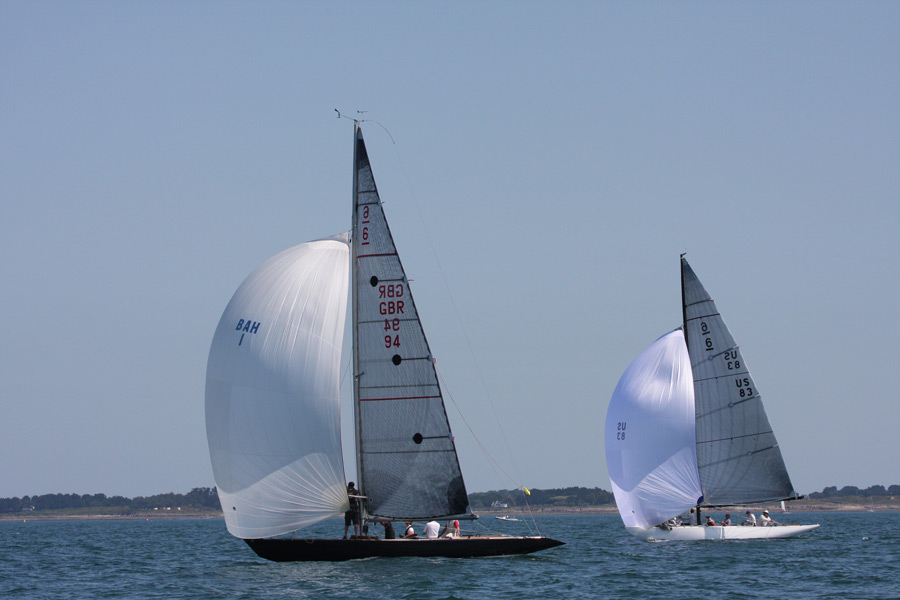 GBR 94 Wildcat II with US 83 Llanoria hot on her heels at the 2015 World Championships at La trinite sur Mer . Photo copyright Fiona Brown.

Boat Name: Wildcat II, ex. St Kitts II Sail: GBR 94 Year Built: 1988 Designer: Ian Howlett Builder: Brookes Boats Company, St Kitts Owner: Rainer Muller History: Wildcat II was built on the island of St. Kitts by Dougie Brookes’ boatyard for Philip Walwyn to the same design as his other Six in 1988/9. In 1990 she was sold to Harry Thuneberg in Finland and re-numbered L 62, where she remained until bought back to England by Andy and Cathy Ash-Vie in 2006. Thoroughly modernised she finished 6th in the 2007 Worlds at Cowes, subsequently winning many local races, as well as the 2010 Coupe l’entente Cordiale at La Trinite sur Mer. Wildcat was recently acquired by Rainer Muller and sailed in the 2016 North American Championships on San Francisco Bay, placing 8th of 11 in her retrurn to the Western Hemisphere and first major race on the West Coast. Look for her at the 2017 World Championships.